The Message is a New Hope

Nibiru and Doomsday 2012: Questions and Answers

The Truth about 2012 from NASA Lunar Science Institute on Vimeo.

Gratitude guide: six simple ways to give thanks 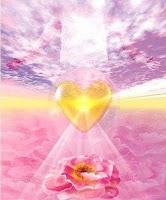 "Giving and receiving are one in truth. What you offer returns to you multiplied. "

Offer an ear. The greatest need most people have is to be heard. You can listen someone into healing just by being fully present to receive what they want to share. This is mutual gift giving.

Offer a hand. When you spot your elderly neighbor out raking leaves, wander over and ask to assist; suggest you need the exercise. He may be longing for someone to talk to, so you'll be a double dose of gratitude.
Name those you love. Think of all the people you love, and start naming them out loud. Reach back in memory to former teachers, old school pals, people who've helped you along life's journey. As you continue to name them, you're acknowledging the gift they've been in your life... Read Entire Article

Divorce has negative impact on the environment

"A UN report has concluded, furthermore, that women are better at dealing with the effects of climate change, such as droughts and flooding."
Divorce is having a negative impact on climate change. The break-up of the family unit is leading to a situation in which the emission of harmful gases that contribute to the greenhouse effect is increased: The need for two houses and two cars, for example, means the consumption of household energies is at least doubled. This is the conclusion of a report by the UN entitled "State of the World Population", which explains how the growth of the global population is complicating society's ability to cope with the consequences of climate change. The study also points out that women, as well as contributing less to global warming, are better than men at dealing with its effects. This is especially noticeable in developing countries where women tend to carry out more agricultural tasks, and therefore take on the responsibility of fetching water and firewood for cooking - at the same time caring for their families - activities that are greatly affected by drought, floods and other natural disasters.
Read Entire Article
at November 21, 2009

The new terminal at Istanbul's Sabiha Gökçen Airport is the world's largest earthquake-safe building. You're looking at the over two million square feet of scaffolding that support it, all resting on top of giant geological roller skates.
Instead of being built on top of the soil, the whole structure rests on over 300 isolators. These giant bearings let the building move laterally during an earthquake... Read Entire Article

This Is How an Earthquake Propagates Through the Entire Planet
Wired thinks that Roy A. Gallant's 1950 classic science books need to be updated with 21st-Century style and information. They're right, but while their artwork may be flashier and more accurate, it is not necessarily clearer. Take these two examples... Read Entire Article
at November 21, 2009 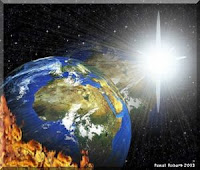 The hotly anticipated disaster movie "2012" scheduled for worldwide theatrical release this week is already controversial. NASA's senior scientist for its Astrobiology Institute, David Morrison in an article last week responded angrily to the film's marketing campaign, saying it exploits people's fears about the end of the Mayan "long count" calendar in 2012 as leading to global catastrophe. At least one modern Mayan elder named Apolinario Chile Pixtun agreed with Morrison's point of view, claiming the year 2012 represents "transformation" and the dawn of "a new earthly order", not the end of the world.
According to internationally recognized researcher and author of the new book "Apollyon Rising 2012," Thomas Horn, the biggest secrets related to the year 2012 and this transformative 'new earthly order' have been hidden in plain sight for hundreds of years, including in Washington DC and at the Vatican. That secret has to do with what numerous ancient societies believed about the year 2012--that it marked the date on which "the gods" would return to earth, heralding the start of a new pagan golden age. While the Maya get most credit for fixing this date, they were not alone among ancient cultures around the world that viewed 2012 as prophetically important, says Horn. For instance, the Hindu Kali Yuga calendar started approximately during the Mayan Fifth Great Cycle and also predicts global earth changes around the year 2012.
Read Entire Article
at November 10, 2009

Remember the Y2K scare? It came and went without much of a whimper because of adequate planning and analysis of the situation. Impressive movie special effects aside, Dec. 21, 2012, won't be the end of the world as we know. It will, however, be another winter solstice. Much like Y2K, 2012 has been analyzed and the science of the end of the Earth thoroughly studied. Contrary to some of the common beliefs out there, the science behind the end of the world quickly unravels when pinned down to the 2012 timeline. Below, NASA Scientists answer several questions that we're frequently asked regarding 2012.
Read Entire Article
at November 10, 2009

Tornado that hit Lincoln City rare, but did serious damage
The tornado that touched down in Lincoln City late last week left behind a path of destruction that may have been only 150 yards long and 80 yards wide. But the National Weather Service said it "ended up doing considerable damage."
Only one October was colder….
…than this one since records for Wichita began being kept in 1888, according to the National Weather Service.
As El Niño grows stronger, so does hope for wet winter
Conditions are developing that could provide wet weather patterns to California this winter, according to weather experts.
at November 10, 2009

Extreme weather conditions have killed tens of thousands of starfish and left them strewn across a sheltered beach.
A carpet of pink and mauve echinoderms, a family of marine animals, appeared yesterday morning on Lissadell Beach in north Co Sligo. The adult starfish, measuring between 7cm and 20cm in diameter and estimated to be up to 50,000 in number, stretched along 150 metres of the strand.
Read Entire Article
at November 06, 2009

Its 'Mother' dead, doomsday sect's future in doubt
By MATTHEW BROWN (AP) – 9 hours ago
BOZEMAN, Mont. — Members of a Montana-based sect whose influence expanded as it prepared for a nuclear holocaust that never came, now search for new directions after the death of Elizabeth Clare Prophet — "Mother" to her thousands of followers. The Church Universal and Triumphant still keeps its 750-person underground shelters stocked with food — "insurance," its leaders say, against possible dark days ahead. Yet with Prophet gone, it's uncertain the spiritual movement she embodied will prove as lasting as all the concrete and steel hidden beneath a Montana mountainside north of Yellowstone National Park.
Read Entire Article

"Mom, on your 67th birthday, I want to tell you: You didn’t fail me. You taught me a lot. The most important thing you ever taught me was the object lesson of what happened in your community. Learning this was worth all the anguish and all the lost years."
By BlackSun / April 8th, 2006 / Elizabeth Clare Prophet
It was a pleasant afternoon at the Royal Teton Ranch. My mom, Elizabeth Clare Prophet, and I were walking outside of her house at the Ranch Headquarters in Corwin Springs, Montana. It was on one of several trips I made to the Paradise Valley in 1997 and 1998. Having left the CUT community at the end of 1993, I went back on a number of occasions to visit family and friends, and for two weddings (one of my sister Erin to John Devine, and the other of my stepfather Edward Francis to his beloved Eileen).
I had made a special trip down to the Ranch to see my mom. I was worried about her. Her mental capacity had been diminishing for some time–she was starting to exhibit the classic loss of inhibitions characteristic of Alzheimer’s patients. Following her divorce from Edward, her fourth husband, she had begun to carry on a series of highly indiscreet emotional and physical affairs with male followers and hangers-on. She had also been actively performing “karmic readings” in which many church members were publicly humiliated. She carried on brazenly at the end, her sense of spiritual infallibility persisting far past her decline of inhibitions.
Read Entire Article
at November 06, 2009

Just when you think it’s safe to live on Earth, along comes a reminder that there are things whizzing around the solar system that can sneak up on us. On October 8 a rather large asteroid exploded high above Sulawesi, Indonesia. According to a press release from NASA's Near Earth Object Program, the blast released energy equivalent to 50,000 tons of TNT (that’s 110 million pounds). The blast trail was recorded and is posted on You Tube (where else?). Estimates of the meteor’s size range from 5 to 10 meters. Had it survived to hit the ground, it could have done considerable damage to the area around its impact, but wouldn’t have posed a global threat.
Read Entire Article
at November 06, 2009

The growth of British trees appears to follow a cosmic pattern, with trees growing faster when high levels of cosmic radiation arrive from space.

By Matt Walker Editor, Earth News
Researchers made the discovery studying how growth rings of spruce trees have varied over the past half a century. As yet, they cannot explain the pattern, but variation in cosmic rays impacted tree growth more than changes in temperature or precipitation.
The study is published in the scientific journal New Phytologist.
Read Entire Article
at November 06, 2009

The ice atop Mount Kilimanjaro in Tanzania has continued to retreat rapidly, declining 26 percent since 2000, scientists say in a new report.
Yet the authors of the study, to be published Tuesday in the Proceedings of the National Academy of Sciences, reached no consensus on whether the melting could be attributed mainly to humanity’s role in warming the global climate.
Eighty-five percent of the ice cover that was present in 1912 has vanished, the scientists said.
Read Entire Article
at November 02, 2009