Occupy the Global Financial System: The 99% Activating the New

This article, posted at Benjamin’s blog, is about Local Exchange Trading Systems (LETS), new currencies, and more. The article does not name the writer, but seems to be related to “Intention One Earth Foundation” (http://www.intentiononeearth.com/).

The first historic trades within the new financial system have taken place!
The many global, independent trading networks all over the planet are rapidly connecting with each other, forming an infinitely expanding web of local and international commerce, exchange and trade.
People have woken up to the fact: for most of what we spend WE DO NOT NEED GOVERNMENT ISSUED MONEY. In fact, so many different groups have been abusing the money system, it can no longer fulfill its original purposes, which were:
a) as a medium of exchange
b) as a unit of account, and
c) as a store of value
It is the last of these that has led to systemic abuse and criminality, along with usury – the charging of interest. Money stopped merely facilitating things (a job it can do supremely well) and started to be seen as value in itself – which is one reason why so much is out of circulation! The ‘value’ is being hoarded, availability manipulated, markets distorted. No wonder the older religions all forbade usury – for they knew that the usurer and his schemes means that he always ends up owning everything, and tends to manipulate ruthlessly to that end.
There have been some interesting clues as to how this controlling and enslaving global finance system might be broken up. In the 1980’s, in Canada, a man called Michael Linton named the first Local Exchange Trading systems (LETS), from which a number were established. They then spread around the planet, but were largely ignored by anyone even remotely mainstream. The system, in brief, means that you have a local, non-interest bearing currency, and members of the system trade together for all sorts of goods and services: up to 70% of everything you need can be acquired this way in a properly run system with enough members. See definition at: http://en.wikipedia.org/wiki/Local_exchange_trading_system
Then there were time banks, e-currencies…and many other innovations. Over thirty years the expertise has spread to everywhere. For Time Bank description, see: http://en.wikipedia.org/wiki/Time_banking
One of the most sophisticated, just coming into full operation, is Liverpool, England-based TGL: see: http://www.tgl.tv/
The first big clue to how these generic system types might be deployed was when Argentina got into trouble with the banksters, and threw out the IMF. Read More
at December 23, 2011

Email ThisBlogThis!Share to TwitterShare to FacebookShare to Pinterest
Labels: Economy, Time of Change 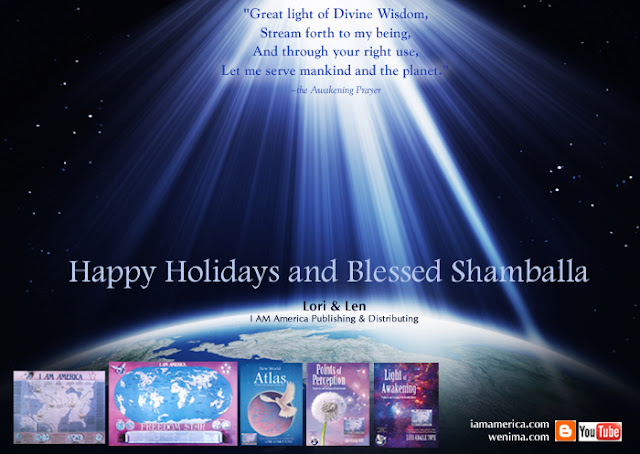 As the Crisis Refuses to Calm, Scenarios of Euro Collapse Appear 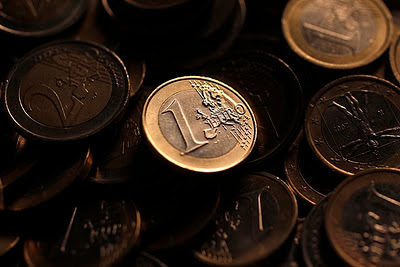 by Bruce Crumley
Despite the distracting political drama over the UK’s outlier rejection at last week’s European Union agreement on fiscal and budgetary coordination, it’s now become clear that main objective of the collective effort–to ensure the survival of the euro, and more broadly bolster Europe’s economic outlook–has not been attained, and that the currency has won a short-term respite at best. So with the monetary chaos and European debt crisis still looming large and posing troubling questions, it would be unwise to ignore hypotheses now arising about what might happen if certain countries dropped out of the euro zone—or if the entire currency imploded. While that is still very much “what if” theorizing at this point, such a potential crisis is worth examining, if only to identify signs of what may await if things continue to deteriorate.

Tuesday’s New York Times continues its excellent coverage of Europe’s debt crisis by turning to Greece–the most weakened and vulnerable economy on the continent. It raises questions about the potential consequences of a return to the drachma. The picture isn’t pretty—involving bank runs, freezes on moving capital abroad, surging unemployment, rising prices and falling currency values, government default, isolation from international creditors and markets, and the sort of social and economic trauma and ruin associated with the Great Depression—or worse. “As the country descends into chaos,” the Times imagines, “the military seizes control of the government.” Read More
at December 14, 2011

Email ThisBlogThis!Share to TwitterShare to FacebookShare to Pinterest
Labels: Economy

The Scope of Metaphysics

"So what is the scope of metaphysics? No, it’s not some new-age, mystical, spiritual woo-woo. It is fundamentally concerned with describing or understanding the nature of being and becoming (change)."

When people come across the term “metaphysics” they often associate it with new-age spiritual mysticism that deals with the mysterious non-physical aspects of reality such as spirits or spiritual healing or ghosts. This is quite understandable as the etymology of the word suggests just that. The word is derived from Greek meaning beyond or after (meta) physics.

The main reason for this confusion can be traced back to the Latin scholars who translated and commented on Aristotle’s works. Aristotle wrote several books on physics and Andronicus of Rhodes placed several of Aristotle’s more philosophical works after these books. Andronicus labelled these works as “the books that come after the physics” and the Latin scholars thought it meant “the science of what is beyond the physical”, hence “metaphysics”. Read More
at December 14, 2011

The Shift of the Ages

"And so the Earth is literally “shaking” and “cleansing” itself of the dense and toxic energies as it spirals up the new vortex of violet light."

A major shift occurred on October 28, 2011, the end of the Mayan Universal Underworld cycle. Some awoke the following morning feeling lighthearted and renewed. Others continued their day-to-day operations without a thought to the new energy; either they didn’t feel it, didn’t know about it, or didn’t care. Regardless, a shift did occur but it was not linear. The shift was harmonic. Harmonic energy waves raise energy, they don’t change energy.
Those who were involved in grounding this new energy to the Earth were actually raising the Earth to the new energy dynamic, not bringing the energy down to the planet. This is what “heaven on Earth” is all about. And it is this dynamic that is now playing out and will continue to play out around the globe as the planet makes a physical and material transition to the new harmonic energy.
The new energy has been birthed, implanted, and grounded. The new cosmic grid is now enveloping the planet so that the Earth can work its way up the violet ray of ascension. That does not mean that everything is going to be peaceful and loving during the ascension process. As is evident by the news on a daily basis, there is still war, hunger, and strife on the planet. The new harmonic energies can only lift those who are ready to embrace these light energies. The planet has been readied to ascend and has begun to do so, but not all the people on the planet are ready. And so the Earth is literally “shaking” and “cleansing” itself of the dense and toxic energies as it spirals up the new vortex of violet light. Those who are ready for ascension, those who have prepared for the moment, those who have diligently stood ground when others ran, can now climb without the burden of weight upon their shoulders.
Of course, energies change first in the cosmic realms and then move into the physical realm. So there is a delay factor that will continue to play the old underworld scripts as the new energy totally envelops the planet and moves it up the cosmic ladder, rather than the corporate ladder. In fact, the corporate ladders are crumbling of their own weight, even if this does not appear so.
The cosmic ladder of light does not carry weight; it carries light energy. Thus, many can climb up if they have let go of their planetary baggage. The ascent requires unity and compassion. So to successfully ascend, you must bring others who are unified and compassionate with you. Those who are not unified or compassionate, those who continue to exploit and enslave, those who seek power for themselves, cannot climb the cosmic ladder.
This ladder is akin to Jacob’s ladder in the Hebrew bible. In a dream, Jacob saw God standing above the ladder. God repeated the promise of support he had made to Abraham and Isaac. He told Jacob his offspring would be many, blessing all the families of the Earth. God then said,
“Behold, I am with you and will keep you wherever you go, and will bring you back to this land. For I will not leave you until I have done what I have promised you” (Genesis 28:15)
Now that we have moved out of the Mayan Underworld “Universal” cycle (the final Mayan Underworld cycle) into the spiraling harmonic energy wave, many are ready to ascend the ladder to establish their “heaven on Earth,” through the “outreach of God.”
“Thy people also shall be all righteous, they shall inherit the land for ever; the branch of my planting, the work of my hands, that I may be glorified.” (Isaiah 60:21).
In contrast to Jacob's ladder...Read More
at December 02, 2011