Fellowship of the Tree Rings 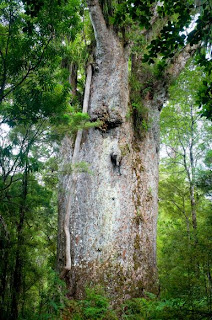 This is a wonderful article for Earth Day! - Lori
Rachel E. Gross
for National Geographic News
Here was a ring to rule them all. It came not from the fires of Mordor, but from a tree in New Zealand. And its secrets were written not in Elvish script, but in the annual pattern of its growth.
Gretel Boswijk, a dendrochronologist from New Zealand's South Island, has been deciphering that pattern for a decade. By matching up the lines in older and older trees, she and her team at the Tree-Ring Lab of the University of Auckland have been building a precisely dated annual calendar. Today, they've completed a tree-ring chronology going back 4,500 years—the longest in the Southern Hemisphere.
Only a handful of tree-ring calendars of that length exist, including the Huon pines of Tasmania and the venerable bristlecone pines of the American Southwest.
"This is the 'Holy Cow' range," said Jim Speer, a dendrochronologist who uses tree rings to reconstruct fire history at Indiana State University.
Boswijk has begun using her record to date 19th-century wooden buildings from the time Europeans reached the North Island. In the U.S., researchers used similar calendars to determine the age of the Pueblo Bonito ruins of New Mexico and the Kentucky log cabin Abraham Lincoln was born in.
But the rings also tell another story. Like pages in the Earth's diary, they chronicle the weather patterns of each year. Some trees provide clues to El Niño, the global pattern of storms that occurs every five to seven years, said Anthony Fowler, a dendroclimatologist and founder of the Tree-Ring Lab. Read More
at April 23, 2013

State-Wrecked: The Corruption of Capitalism in America 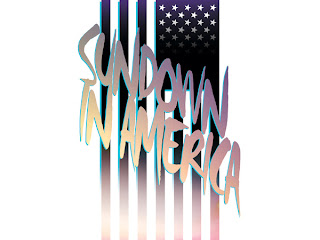 This article is a brilliant historical account of the US economy. It also describes the pending economic meltdown that may enuse in the next ten years. This is a must read. - Lori
by David A. Stockman - New York Times
The Dow Jones and Standard & Poor’s 500 indexes reached record highs on Thursday, having completely erased the losses since the stock market’s last peak, in 2007. But instead of cheering, we should be very afraid.
Over the last 13 years, the stock market has twice crashed and touched off a recession: American households lost $5 trillion in the 2000 dot-com bust and more than $7 trillion in the 2007 housing crash. Sooner or later — within a few years, I predict — this latest Wall Street bubble, inflated by an egregious flood of phony money from the Federal Reserve rather than real economic gains, will explode, too.
Since the S.&P. 500 first reached its current level, in March 2000, the mad money printers at the Federal Reserve have expanded their balance sheet sixfold (to $3.2 trillion from $500 billion). Yet during that stretch, economic output has grown by an average of 1.7 percent a year (the slowest since the Civil War); real business investment has crawled forward at only 0.8 percent per year; and the payroll job count has crept up at a negligible 0.1 percent annually. Real median family income growth has dropped 8 percent, and the number of full-time middle class jobs, 6 percent. The real net worth of the “bottom” 90 percent has dropped by one-fourth. The number of food stamp and disability aid recipients has more than doubled, to 59 million, about one in five Americans.
So the Main Street economy is failing while Washington is piling a soaring debt burden on our descendants, unable to rein in either the warfare state or the welfare state or raise the taxes needed to pay the nation’s bills. By default, the Fed has resorted to a radical, uncharted spree of money printing. But the flood of liquidity, instead of spurring banks to lend and corporations to spend, has stayed trapped in the canyons of Wall Street, where it is inflating yet another unsustainable bubble. Read More
at April 01, 2013