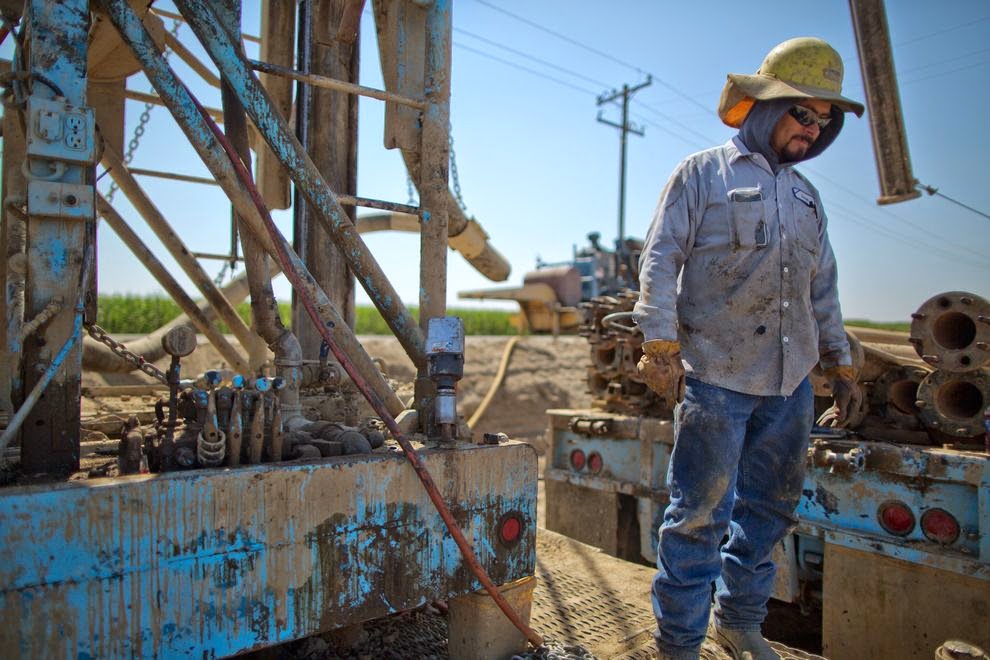 (National Geographic) FRESNO, California—When Floyd Arthur moved to California's Central Valley as a child in the mid-20th century, his migrant worker parents found water by digging just a few feet into the ground.
But now, the drilling company Arthur and his son own has to bore holes 1,000 or even 2,000 feet (300 to 600 meters) deep for water.
"If we don't get a bigger snowpack soon, we're going to be in trouble. I don't know what we're going to do," Arthur said about the most serious drought in California's recorded history. (See "New Technology Measures Snowpack Amid California Drought.")
The Arthurs run just one company that is working around the clock to fulfill the booming demand for new wells in California's Central Valley. As the state feels the pressure of a drought with no end in sight, farmers and landowners who no longer have access to surface water are spending millions of dollars to dig increasingly deep wells.
But experts warn that the new rush for water is unsustainable and that it carries serious consequences for the environment and the future. Read More
West’s historic drought stokes fears of water crisis (Washington Post)
WILLOWS, Calif. — When the winter rains failed to arrive in this Sacramento Valley town for the third straight year, farmers tightened their belts and looked to the reservoirs in the nearby hills to keep them in water through the growing season.
When those faltered, some switched on their well pumps, drawing up thousands of gallons from underground aquifers to prevent their walnut trees and alfalfa crops from drying up. Until the wells, too, began to fail.
Now, across California’s vital agricultural belt, nervousness over the state’s epic drought has given way to alarm. Streams and lakes have long since shriveled up in many parts of the state, and now the aquifers — always a backup source during the region’s periodic droughts — are being pumped away at rates that scientists say are both historic and unsustainable. Read More
at August 18, 2014

16 US states at high earthquake risk

[Here is the latest update from the US geological survey. The 16 states are Alaska, Arkansas, California, Hawaii, Idaho, Illinois, Kentucky, Missouri, Montana, Nevada, Oregon, South Carolina, Tennessee, Utah, Washington, and Wyoming. Suggests some similarity to the I AM America Map! - Lori] 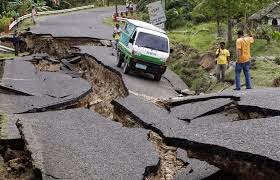 (Lloyds.com)
Updates to the recent US geological survey show that certain areas face a higher threat of earthquakes than previously thought. The magnitude 6.1 earthquake which hit China’s Yunnan province on 3 August 2014 is a reminder of why some governments are keen to better understand earthquake hazard in order to mitigate the risk.

This is the objective of the US Geological Survey (USGS), which released its latest hazard maps for the US in July 2014.

“USGS earthquake science is vital because you can’t plan for earthquakes if you don’t know what you are planning for,” said Mark Petersen, chief of the USGS National Seismic Hazard Mapping Project, in a statement. “Our nation’s population and exposure to large earthquakes has grown tremendously in recent years. The cost of inaction in planning for future earthquakes and other natural disasters can be very high, as demonstrated by several recent damaging events across the globe.”

Earthquake science is constantly evolving as new research improves understanding. In recent years there have been significant earthquake events around the world. Such devastating catastrophes offer scientists the ability to better understand how earthquakes behave.

Geoscientists have recently studied the phenomenon of earthquake “clustering” (where one earthquake triggers another further down a fault line) and the impact of secondary perils, such as tsunami and liquefaction. Much of this insight has informed the latest incarnation of USGS hazard maps.

Earthquakes in Alaska, Mexico and New Zealand have offered insight into more complex ruptures and how faults can link together. This insight was applied to California by USGS.

The magnitude Tohoku earthquake and a M8.2 earthquake off the coast of Chile in 2014 ruptured along subduction zones similar to the Pacific Northwest zone. Read More

The summer's brightest supermoon is tonight

The super-moon will be in the Vedic (Hindu) sign of Dhanista tonight, and will sidereally transit over two signs, Capricorn and Aquarius. While in Capricorn, the full-moon aspects Jupiter - exalted in its sign of Cancer. This greatly enhances the benefic energies of Jupiter. Dhanista is wealth building sign, but also has a talent for music. This full moon is good for money matters, gardening, traveling, and religious practice and ceremonies. - Lori 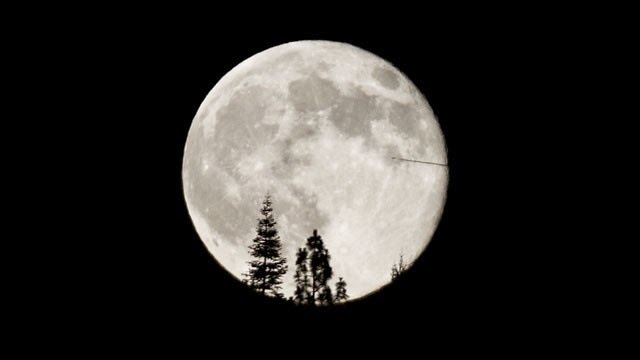 (CNN) - The second installment of this summer's season of supermoons is happening tonight.

Stargazers who missed the July 12 supermoon will have another chance to see the bright lunar phenomenon from all around the world.

The full moons of this summer, which fall on July 12, Aug. 10 and Sept. 9, are all supermoons, according to NASA.

The supermoon of August is one of the largest and brightest full moons of the year. The U.S. Naval Observatory says the moon will be 12 percent bigger and 30 percent brighter than it was in January 2014.

In the United States, the moon will turn full on Sunday at 2:09 p.m. ET. The moon will continue to look bright and full Sunday evening, leading into Monday early morning.

Days after the supermoon, people can also watch the annual Perseids meteor shower, which peaks on Wednesday. But stargazers might have a hard time spotting the meteor shower. The moon's light will wash out all but the brightest of Perseids' meteors, according to the International Meteor Organization. Read More
at August 10, 2014

If We Release a Small Fraction of Arctic Carbon, 'We're F'd': Climatologist 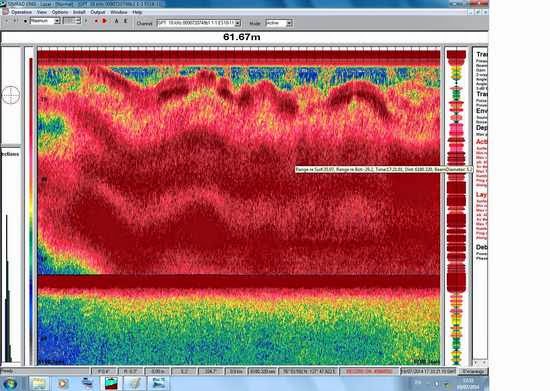 [Update on the climate in the Arctic and the release of methane plumes from the oceanic floor. This new information reveals how this could impact the acceleration of Global Warming leading to "Rapid Climate Transformation." Here is a link to a more detailed explanation of Methane Myths. The Earth and her sensitive environments need our prayers and higher consciousness! - Lori]

(Motherboard) This week, scientists made a disturbing discovery in the Arctic Ocean: They saw "vast methane plumes escaping from the seafloor," as the Stockholm University put it in a release disclosing the observations. The plume of methane—a potent greenhouse gas that traps heat more powerfully than carbon dioxide, the chief driver of climate change—was unsettling to the scientists.
But it was even more unnerving to Dr. Jason Box, a widely published climatologist who had been following the expedition. As I was digging into the new development, I stumbled upon his tweet, which, coming from a scientist, was downright chilling: "If even a small fraction of Arctic sea floor carbon is released to the atmosphere, we're f'd."
Box, who is currently a professor of glaciology at the Geological Survey of Denmark and Greenland, has been studying the Arctic for decades. His accolade-packed Wikipedia page notes that he's made some 20 expeditions to the Arctic since 1994, and served as the lead author on the Greenland section of NOAA's State of the Climate report from 2008-2012. He also runs the Dark Snow project and writes about the latest findings in the field at his blog, Meltfactor.
In other words, Box knows the Arctic, and he knows climate change—and the methane plumes had him blitzed enough to bring out the F bombs.
Now, the scientists in the Arctic didn't fully understand why the plumes were occurring. But they speculated that a warmer "tongue" of ocean current was destabilizing methane hydrates on the Arctic slope.
I called the scientist at his office in Copenhagen, and he talked frankly and emphatically about the new threat, and about the specter of climate change in general. He also swore like a sailor, which I've often wondered how climatologists refrain from doing, given the urgency of the problem—it's certainly an entirely accurate way to communicate the climate plight.
First of all, I asked Box if he stood by that tweet. He did. He'd revise it a bit, to include surface carbon—methane locked in the permafrost that's also beginning to leak out—because if we loose enough of either, we're in trouble.
"Even if a small fraction of the Arctic carbon were released to the atmosphere, we're fucked," he told me. What alarmed him was that "the methane bubbles were reaching the surface. That was something new in my survey of methane bubbles," he said. Read More