Here's the Next Big Story on Climate Change 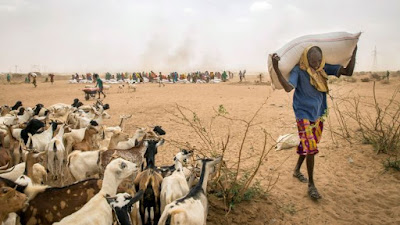 [Mother Jones] Last December, the climate summit in Paris offered journalists an unprecedented opportunity to reframe the global warming story. Climate reporting used to rest on the tacit understanding that the problem is overwhelming and intractable. That no longer rings true. While we have a better understanding than ever of the potential calamity in store, we finally have a clear vision of a path forward—and momentum for actually getting there.
To that end, Paris was a turning point for me personally, too: It was the end of the beginning of my career as an environmental journalist. This week I'm leaving Mother Jones after five years covering climate and other green stories. Paris underscored that it's past time for me to look beyond the borders of the United States. That's why, this fall, I'm going to undertake a Fulbright-National Geographic Digital Storytelling Fellowship. For at least nine months, I'll move between Kenya, Uganda, and Nigeria to document how climate change is affecting food security.
I see agriculture in Africa as one of the most important yet underreported stories about climate change today. It's a fascinating intersection of science, politics, technology, culture, and all the other things that make climate such a rich vein of reporting. At that intersection, the scale of the challenge posed by global warming is matched only by the scale of opportunity to innovate and adapt. There are countless stories waiting to be told, featuring a brilliant and diverse cast of scientists, entrepreneurs, politicians, farmers, families, and more.
East Africa is already the hungriest place on Earth: One in every three people live without sufficient access to nutritious food, according to the United Nations. Crop yields in the region are the lowest on the planet. African farms have one-tenth the productivity of Western farms on average, and sub-Saharan Africa is the only place on the planet where per capita food production is actually falling.
Now, climate change threatens to compound those problems by raising temperatures and disrupting the seasonal rains on which many farmers depend. An index produced by the University of Notre Dame ranks 180 of the world's countries based on their vulnerability to climate change impacts (No. 1, New Zealand, is the least vulnerable; the United State is ranked No. 11). The best-ranked mainland African country is South Africa, down at No. 84; Nigeria, Kenya, and Uganda rank at No. 147, No. 154, and No. 160, respectively. In other words, these are among the places that will be hit hardest by climate change. More often than not, the agricultural sector will experience some of the worst impacts. Emerging research indicates that climate change could drive down yields of staples such as rice, wheat, and maize 20 percent by 2050. Worsening and widespread drought could shorten the growing season in some places by up to 40 percent. Read More 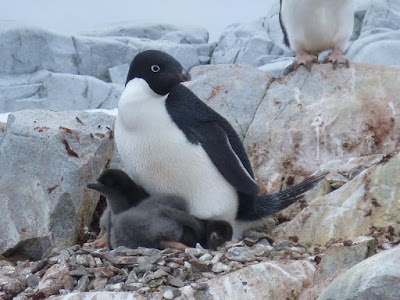 [Smithsonian] Polar bears have become the poster child for climate change, but at the opposite end of the globe another beloved animal is facing a major threat from the warming climate: penguins.
By the end of the century, 60 percent of the breeding habitat for Adélie penguins (Pygoscelis adeliae) could be too warm and too wet to host colonies, according to a new study in the journal Scientific Reports.
The study's lead researcher, Megan Cimino, combined data from 1981 to 2010 on Antarctic sea ice and ocean temperatures with satellite imagery and ground observation of penguin colonies. She was able to piece together how the penguin population has reacted to habitat and climate fluctuations over the last few decades.
Using that data and recent climate change models, Cimino and her colleagues were able to make predictions about future habitat for the Adélie penguins, which inhabit sites all over Antarctica. The news was not great. By 2060, 30 percent of the animal’s colonies will be in jeopardy, and 60 percent will be impacted by 2099. Read More
at June 30, 2016 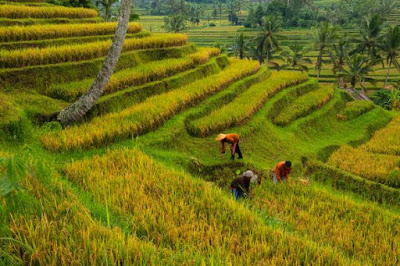 [National Geographic] It was hailed as a radical move when more than 100 Nobel laureates sent a letter to Greenpeace Wednesday, urging the environmental group to stop blocking genetically modified foods like golden rice from reaching those who need it.

But really, the letter (and the press conference scheduled for Thursday) are just amplifying what most scientists have been saying all along: GMOs are safe, important to farmers, and can help solve some of the world’s most vexing nutrition problems, like preventable blindness, as well as climate challenges like drought.
Does this mean that GMOs are perfect? No. There are indications that some GMO crops are creating expensive problems with herbicide-resistant weeds, according to a recent National Academy of Sciences study (see Scientists Say GMO Foods Are Safe, Public Skepticism Remains), and the public perception that GMOs are uniformly bad is a major hurdle to selling them. And then there’s the whole labeling debate.
Greenpeace calls GMOs "genetic pollution." But if GMOs are to be completely out of the picture, it might mean there are no vegetables enriched with cancer-fighting chemicals, drought-resistant corn, allergen-free peanuts, and bananas that deliver vaccines. Read More
at June 30, 2016