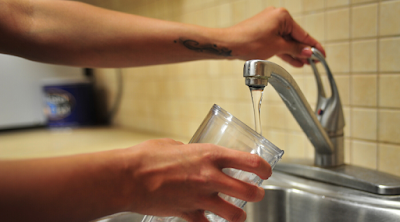 Fluoride exposure may be associated with changes in the pineal gland which affect sleep cycle regulation among older adolescents, according to new research from the Icahn School of Medicine at Mount Sinai. Another study published in the journal Environment International found that exposing infants to increasing levels of fluoride in tap water may result in diminished non-verbal intellectual abilities, with a stronger effect found among formula-fed children.
These two studies are only the latest research produced in recent years which call into question the safety of water fluoridation.
The Mount Sinai team examined data from the National Health and Nutrition Examination Survey looking for adolescents who had measurable amounts of fluoride in their water and plasma. The researchers were investigating the relationships between fluoride exposure and self-reported sleep patterns. The researchers state that their study is the first to explore the connection between fluoride and sleep patterns in humans or animals. A sample of adolescents at an average age of 17 who live in the United States was used for the study due to the nation’s water fluoridation program.
While fluoride has been regarded as a major public health achievement, the toxin accumulates in the pineal gland where melatonin is produced, according to the researchers. Melatonin is the hormone responsible for regulating the sleep-wake cycle.
“The high accumulation of fluoride in pineal gland hydroxyapatite (among those chronically exposed) points to a plausible mechanism by which fluoride may influence sleep patterns. In adults, pineal gland fluoride concentrations have been shown to strongly correlate with degree of pineal gland calcification,” explained the authors. “Interestingly, greater degree of pineal calcification among older adolescents and/or adults is associated with decreased melatonin production, lower REM sleep percentage, decreased total sleep time, poorer sleep efficiency, greater sleep disturbances and greater daytime tiredness.”
The study also found that water fluoride concentrations were associated with higher odds of reports of snorting, gasping, or stopping breathing while sleeping at night. The higher water fluoride concentrations may be associated with frequent daytime sleepiness as well as an association with a later bedtime by 24 minutes and a later morning wake time by 26 minutes. Read More