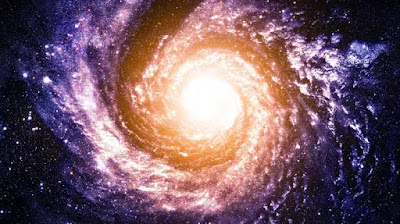 [VICE] A mysterious radio source located in a galaxy 500 million light years from Earth is pulsing on a 16-day cycle, like clockwork, according to a new study. This marks the first time that scientists have ever detected periodicity in these signals, which are known as fast radio bursts (FRBs), and is a major step toward unmasking their sources.
FRBs are one of the most tantalizing puzzles that the universe has thrown at scientists in recent years. First spotted in 2007, these powerful radio bursts are produced by energetic sources, though nobody is sure what those might be. FRBs are also mystifying because they can be either one-offs or “repeaters,” meaning some bursts appear only once in a certain part of the sky, while others emit multiple flashes to Earth.
Pulses from these repeat bursts have, so far, seemed somewhat random and discordant in their timing. But that changed last year, when the Canadian Hydrogen Intensity Mapping Experiment Fast Radio Burst Project (CHIME/FRB), a group dedicated to observing and studying FRBs, discovered that a repeater called FRB 180916.J0158+65 had a regular cadence.
The CHIME/FRB team kept tabs on the repeating burst between September 2018 and October 2019 using the CHIME radio telescope in British Columbia. During that period, the bursts were clustered into a period of four days, and then seemed to switch off for the next 12 days, for a total cycle of about 16 days. Some cycles did not produce any visible bursts, but those that did were all synced up to the same 16-day intervals.
“We conclude that this is the first detected periodicity of any kind in an FRB source,” the team said in a paper published on the preprint server arXiv in late January. “The discovery of a 16.35-day periodicity in a repeating FRB source is an important clue to the nature of this object.”
Scientists recently tracked down this particular FRB to a galaxy called SDSS J015800.28+654253.0, which is a half a billion light years from Earth. That may seem like a huge distance, but FRB 180916.J0158+65 is actually the closest FRB ever detected. Read More
at February 09, 2020