De-Occulting the Sacred Physics and Ancient Technology of the Royal Crown. 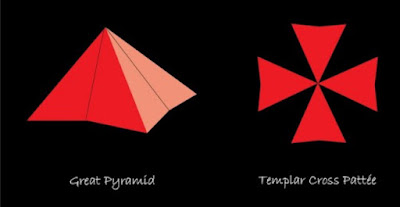 [Phoenix Enigma] Royal Crowns are more than just a decadent display of wealth and privilege. They are energetic weapons.
When William Cooper penned the term “Quiet Weapons for Silent Wars” in his book Behold a Pale Horse, most people had no idea that energy weapons had already been employed for hundreds if not thousands of years. For those of you who’ve seen the Stargate movie and series, you’ve already been desensitized to this knowledge. In the movie, the alien overlords who rule their respective planets use advanced technology to control and subvert their populace and enemies. Little do most people on Earth know, however, is that this is not fiction.
It’s also interesting to note that the entire storyline is Egyptian based complete with its entire pantheon of gods. This is extremely interesting, as it relates completely with the British royal crowns.
We tend to think of energetic weapons as a new technology that emerged after the discovery of electricity. It would surprise most, however, to learn that mind and mood-altering technologies have been around for much longer than most realize and have been employed regularly in the efforts to control others.
Commoners (non-royalty & non-elite) take it for granted that most everything royalty does is an act or performance of privilege and decadence. From ceremony to extravagant clothing and jewelry, I am here to tell you that there is purpose behind every bit of it.
This control goes way beyond the class hierarchy and display of monetary wealth. I am asserting that these very crowns are energetic weapons.
Nearly every aspect of these was designed to generate and harness specific energies which the wearer could use in various ways. It is my hypothesis that some of these crowns were designed to be active weapons the wearer could draw upon, focus and then direct while others were designed to be passive energetic modulators, static in their designed purpose. In this article, we are going to take an energetic/vibrational look at one crown in particular.
The George IV State Diadem, also known as the Diamond Diadem, is worn by the Queen to the State Opening of Parliament; the Queen also wore it in the procession to her coronation. It has appeared in portraits and photographs of the Queen, and she is shown wearing it on the money of many of the Commonwealth countries. The diadem was commissioned by King George IV in 1820 and created by the Crown jewelers Rundle and Bridge. It includes 1333 diamonds weighing in excess of 320 carats, including a four-carat yellow diamond. Between the crosses are roses, thistles and shamrocks, the flowers of England, Ireland, and Scotland. Read More