Food From Thin Air: The Forgotten Space Tech That Could Feed Planet Earth 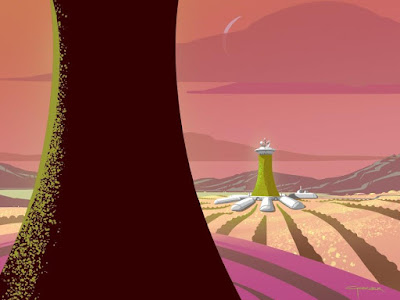 [Forbes] More than half a century ago NASA worked out the microbial recipe for sustaining astronauts on long space missions to Mars and beyond. Forgotten for 50+ years, those very same microbes can feed the hundreds of millions of hungry people down here on Earth. Not only that, they may hold the key to a truly carbon neutral, circular economy.
The microbes NASA worked with in the 1960s weren’t just any microbes, however. They were  bacteria that can harvest energy from little more than the mere constituents of air, waste CO2, and water to make plentiful amounts of nutritious protein. Unlike plants, these microbes don’t even need to use light. Instead, the bacteria — known as hydrogenotrophs — use hydrogen as fuel to make food from CO2 — just like plants use the energy of sunlight in photosynthesis.
Yet, as Scot Bryson, CEO of Orbital Farm, a circular project development company that integrates biotech, energy, and aquaponics explains, “This technology was developed over 50 years ago for space and was never used for earth, which meant all that knowledge ended up getting lost in time.”
Now, a suite of synthetic biology companies are picking up where NASA left off, developing a whole new generation of sustainable food products, and leading us towards a truly carbon neutral economy; for the good of space travellers, and for the benefit of everyone down here on Earth.
One of those companies leading the charge is NovoNutrients, which aims to be one of the big manufacturing technologies of a new circular economy, first through disrupting the fast-growing aquaculture sector.
“A lot of what we do adds value to aquaponics and a circular economy in space,” says David Tze, the company’s CEO. “But we believe it’s something that can be economical on Earth first.”
And there is plenty of opportunity, especially in a world which is crying out for sustainable, renewable alternatives to our current forms of food production. Our seas are overwhelmed by overfishing. Our fields yearn respite as soils erode through overuse and mistreatment. Our forests are being slashed and burned, leaving biodiversity on the precipice, one slip away from a sixth mass extinction.
“We’re all about feeding the future. The mission is for spaceship Earth. How do we build a system to feed ten billion people in a more sustainable way?” Lisa Dyson, CEO of Air Protein, asks the question on the minds of many. Her company is making sustainable meat from air. “We are disrupting animal agriculture, quite specifically. It’s very resource intensive and costly to our environment. Brazil saw record fires last year and a significant amount were for cattle grazing.” Read More