10 Signs of Reincarnation That Reveal You’ve Been Here Before 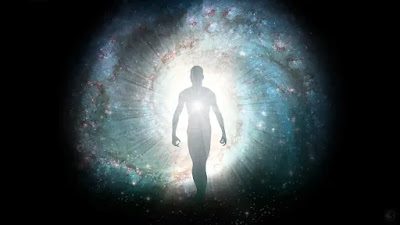 [Power of Positivity] Do you ever feel like you’ve been here before? Do you have flashes of a previous life that makes you believe you in reincarnation? Have you ever experienced the sensation that the French call déjà vu?
Could all these feelings be in your head, or is there something more to it? If you have ever experienced deja vu, then you’re in good company. Almost everyone around the world confesses they have felt it at least once in their lives.
There’s something mystical about visiting a place you’ve never been, and suddenly, everything seems strangely familiar. While many people may brush one instance off as a coincidence, when it continues to happen, then it’s worth investigating.
Is it possible that your eerie feelings of déjà vu are flashbacks of former lives, or is it merely the power of suggestion? The belief in reincarnation or transmigration is not a new-age trend as it’s been around for centuries.
Reincarnation has been a religious principle of Hinduism and other cultures for thousands of years. Could it be based on reality, and did you walk this earth as another human being in a different time?
Whether or not you believe that you have lived before, you must admit that déjà vu can convince even the most skeptical person. Are you experiencing sights and events from a former life? Here are ten signs of reincarnation for your consideration.
People who believe that they have been reincarnated often visit unfamiliar places and a sense that they have been there before. Does this sound like you? Perhaps, it’s a sense in your life that resonates with your memory as a repeated experience?
For some, the sense of déjà vu is so overpowering. They can navigate a foreign place by intuition. Many of them have described characteristics within the area with stunning accuracy. If this is you, perhaps your past is opening a window to your previous lives, and you have a glimpse inside.
According to Hinduism, as well as several other religions, we live a succession of lifetimes to cleanse and strengthen our souls. Some may only reincarnate a few times until they achieve enlightenment, while others may experience thousands or more lives.
It is no surprise to believers that being uncomfortable in your body is one of the signs of reincarnation. Have you ever wondered why you sometimes feel strange sensations or relate to another person intimately?
Believers say that when you reincarnate, you can come back as another race or gender. Your rebirth depends on what is best for your soul plan. These sensations may explain why some people feel an affinity for a specific period or culture.
While medical science is baffled with sexual identification and transgenderism, it makes perfect sense to those who believe in past lives. Since many of your past lives may have been the opposite gender, it stands to reason that your soul would retain the collective experiences and emotions. Read More
at May 02, 2020