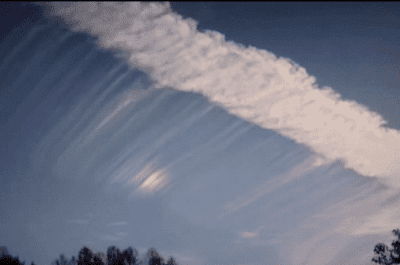 [Prepare for Change] Chemical Geoengineering Operations Are Carried Out Worldwide — 24/7 — with False ‘National Security’ Justification.
The following video exposé is quite extraordinary by any standard.
A secret chemtrail pilot speaks out for the first time in modern history.
He reveals information that’s so classified and data so radioactive, he surely risked his life by releasing it.
This brave military pilot makes clear the false justification for the patently unlawful and highly toxic chemtrail spraying of skies across America that has been taking place for decades — ‘National Security’.
For years many folks have asked why do the chemtrail jet pilots participate in an atmosphere-polluting program that’s so harmful to both people and planet.
ANSWER: Because they have been thoroughly mind-controlled into believing their chemtrail missions are undertaken to protect the American people.
This is how Deep State has always gotten away with so many deadly and destructive programs over the past century; they couch them within the fake context of national security.
In point of fact, nothing could be further from the truth. Chemtrail aerosols contain aluminum oxide, barium salts, strontium and other poisonous chemical compounds that have no business being in our atmosphere.
The name of this illicit chemical geoengineering program is:
OPERATION INDIGO SKYFOLD
“Maybe my fellow pilots will read or hear about this, and decide to come forward as well.”
Finally, a military pilot steps forward and completely blows the lid off the unlawful and exceedingly destructive Global Chemtrail Program. What follows is a video which puts forth a true story about a courageous pilot who has broken ranks with his chemtrailing peers.
In so doing he has risked his life and the life of his family. As you listen to this presentation, or read the text provided below, bear in mind that chemtrails are being sprayed 24/7 around the globe with terrible consequences.
No matter what the stated reasons are given to those who fly the chemtrail jets, they are always told by their superiors that this ongoing and illegal atmosphere-altering program is being conducted in the interest of NATIONAL SECURITY.
You’ll notice that NATIONAL SECURITY appears crooked because the whole intention behind geoengineering is as dangerously misguided as it is deceptively false. The indiscriminate, wide-area and systematic spraying of toxic aerosols throughout the skies of the world couldn’t possibly have anything to do with ‘national security’.
Those that buy into such a ridiculous notion have obviously been either brainwashed or bribed into believing such an absurd and nonsensical agenda.
That’s precisely why this unprecedented exposé is so important. Never before has anyone directly involved with the piloting of chemtrail airliners ever gone public.
Not only does “Blue Jay 1”, as he is known, go public, he completely blows the lid off of OPERATION INDIGO SKYFOLD. This single act of identifying the name of what is perhaps the most destructive government program in recorded history is extremely critical. Read More
at May 28, 2020